Ormus – Mana Of The Pharaohs 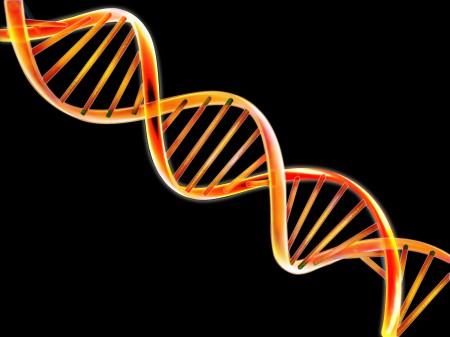 Have you heard of mono-atomic elements?  The answer may very likely be ‘no’ as word of these amazing molecules seems not to have gone mainstream even after many decades of research.  Mono-atomic elements, also known as ORMUS (Orbitally Rearranged Molecules of Unusual Size) are a group of molecules that could be classified as ‘pre-metals’ and have the ability to correct DNA among other amazing properties.

ORMUS or ORMEs (Orbitally Rearranged Mono-atomic elements) have also been called white gold, manna, the philosopher’s stone, monoatomic gold, m-state and microclusters.  These molecules exist in a state that is pre-metal, meaning they are not the metals – gold, silver, platinum, etc. – but are instead ‘folded’ and could open up into these elements if stimulated in a certain way.  Discovered by Einstein in the 1920’s and again by David Hudson, an Arizona farmer, in the 1970’s, these monoatomic elements are thought to be “10,000 times more abundant than their metallic counterparts.”  These special  m-state molecules supposedly exist in large quantities in sea water and high amounts can be found in spring water as well, though one has to know how to ‘retrieve’ the elements from such sources.  ORMUS molecules are also found in organic produce and in the tissues of every living thing.  In fact – ” as much as 5% of the dry matter of our nervous system could be ORMUS elements.”

The interesting thing about these molecules is that, when isolated, they seem to behave consciously, performing such feats as  levitation and teleportion.  They seem to exhibit the properties of consciousness itself, meaning – they appear to be what causes all of life to ‘grow upward’, seek, expand and reach toward the next level.

In regards to DNA, sources say that the cause of aging as well as many degenerative disorders including cancer, AIDS and others has to do with accumulated damage to DNA.  David Hudson has lectured about ORMUS in this effect saying:

They claimed that it perfects the cells of the body. Well I can show you tomorrow Bristol-Myers-Squib research that shows that this material inter-reacts with DNA, correcting the DNA. All the carcinogenic damage, all the radiation damage, all is corrected from these elements in the presence of the cell. They don’t chemically inter-react with it, they just correct the DNA.

David Hudson goes on to explain that the DNA is corrected because it relaxes in the presence of the ORMUS and in this relaxed state, the DNA actually recombines corrected.  He emphasizes how important it is that we not ingest ORMUS molecules for the purpose of correcting DNA, however.  That instead, we ought to take it in order to ‘enlighten and raise the nature of man’ and let healing be a byproduct of consciousness being raised.  Intent is very important when dealing with ORMUS molecules, as they respond to intent.  These elements actually amplify conscious intent of the user because they themselves are conscious.  This is a critical point to be made with this substance.  For, if taken with less than ‘elevated’ intent, effects could be detrimental to the user – as one’s belief in being ill could become amplified instead.

There is much more to learn about these amazing elements.  David Wolfe, world superfood expert and student of ORMUS for the past 13 years says he is just starting to get a grip on what is possible here.  David says the truth about ORMUS molecules have evaded science for so long because they are akin to females – wherein, when a male goes into the female bathroom, many women hide in the stalls.  He uses this analogy to describe ORMUS, that they cannot be directly observed, but only subtly observed.  He continues:

These elements are antipodes, or they’re female, so they’re antipodes to the male energy. The way that the great alchemists have always understood the female and male energies of the Earth itself is that the Earth, the soil and dirt and lava, is female. And the sun is male and the atmosphere is male. Where they meet, that’s where you have life.So, if we look at it, we can see that the most male types of elements in the atmosphere are oxygen and ozone. And the most female elements in the biosphere is Ormus. And when they meet, you have hydrogen. That’s how hydrogen is produced or a baby is born. Literally that. It’s literally the baby’s born.

ORMUS molecules are what are being referred to as ‘consciousness elements’ as they have the potential to increase our level of conscious awareness as we interact with the world and beyond.  Not only do ORMUS gold elements cause DNA correction simply through exposure, they enhance the intent of the consumer to the point where that which we might call ‘super human abilities’ could be realized – such as telepathy, levitation and more!  Stay tuned for part two on ORMUS gold – going deeper.

Editor’s Note: I am very excited to be able to publish this article today as I have been wanting to do so for quite some time and wanted an article on a topic other than the conspiracies and conspirators, always at work in the shadows doing their devious deeds, as a change of pace for my visitors. I originally found this article at guardianlv.com doing research after watching an amazing video documentary series called Zero Point a few years ago and was very impressed by Stasia’s knowledge and insight. I left a comment on the article in the comment section asking if I could re-publish it here to share with everyone but never received a reply. I have been very busy in the interim and didn’t check back on this as often as I should have but after some time I decided to try a new way to contact her and found her email address and got in touch with her that way and she responded within a few hours (imagine that) and has been gracious enough to allow me to republish the article here to share her work with us all. She has a website called www.blissinthehouse.com and a Youtube channel as well you can visit here if you would like to check out more of her work.

The most important reason for publishing this article for me was to suggest watching this video series to everyone which is nothing short of brilliant. As I already mentioned the title is Zero Point and you can find it on Youtube, but who knows how long that will last with the mass purges on social media and censorship currently in effect. I am always planning ahead so I have copies of all 6 videos I placed in my personal video archive for safe keeping. Here is a link to a playlist I made that contains all the videos, it discusses ormus specifically in the 3rd video around the 40 minute mark. I hope you get as much enjoyment and knowledge as I did from this incredible article and video series. Be sure to check out the page Grounded To Gaia – Electric Beings Of Frequency which also dove tails nicely with this material along with plenty of other assorted videos and articles in the science and health sections. Namaste and blessings.