Elder Futhark – The Secrets Of The Runes

This presentation of the Runes will blow you away by our friend Santos Bonnaci. He is an expert on so many topics in esoteric studies, if I ever want to post a video on a specific topic if he has made one about it then he is always who I will use as a source. His level of synchronicity is at levels never thought humanly possible, he has been at this for many years and speaks a dozen languages so he sees all the patterns and connections like few others can. I do want to add a little to this presentation myself as well. I posted the below image in a previous article I wrote the other day and want to show the evolution of this knowledge and where it comes from and how it is expressed in the many pagan sects after Atlantis was destroyed. The one eye as we can see is a common theme and here I show what it really represents along with other Runes that have morphed along the years yet retained their sacred meanings.

I will also post a couple other images I created from observations I have made over the years. This image below is of a girl from a video by our friend anthropologist Robert Sepehr about the Atlantean Aryan bloodline, which I will write an article about soon, and some images from the video I made about the Hermetic Governing Dynamic and the ancient Hellenic symbols and their meanings.

I also created this image I think is pretty interesting.

I will add this with it for context. This is a screen shot from the book The Initiates Of The Flame by Manly P. Hall. 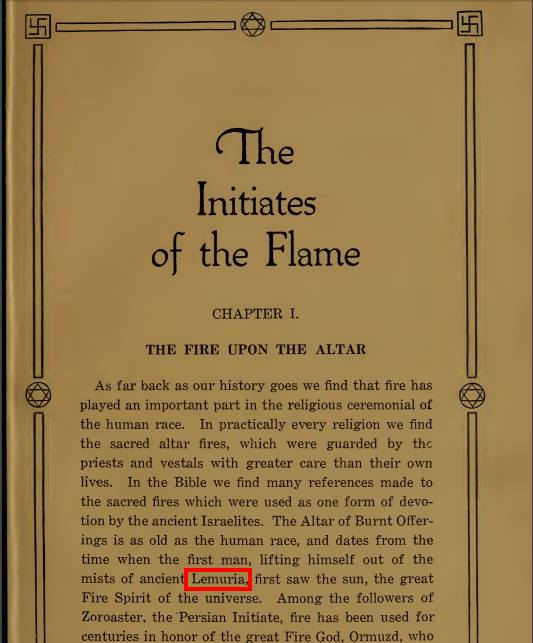 I will also add this last image I made from this video about the Dacians and Thracians with a form of cuneiform that pre-dates Sumerian cuneiform by quite a large margin as the video explains along with other symbols closely associated with Atlantis and their meaning, I especially like this article about the meaning of Pisces in Atlantean culture from gnosticteachings.org.

It should not be difficult to see the line of succession here which spread out from Atlantis around the globe bringing this knowledge to other cultures and races by the ancient Aryans just as Thoth describes in the Emerald Tablets along with the Global Vedic Empire the Vedas also teach about which I have compiled a large number of videos that chronicle this transformation and give the supporting evidence to prove it all. To see a list of some of these videos visit the article on the Root Races the list is at the bottom of the page with links to the videos with many more on my channel those videos are hosted on. I will write more on all of this in the future of course tracing this line of knowledge, races, cultures and symbols over time but for now let’s get to the Runes.