I have been wanting to write this article for some time because I have found myself in conversations numerous times in the past where this topic has come up in esoteric studies and study groups. Like most esoteric topics and terminology I find there is often times confusion about what this term even means. It seems most times students of Dharma mistakenly confuse scripture with Dharma, so I suppose first we should define Dharma. If we use Google as a source, something I seldom recommend doing, but for this I suppose it is fine. According to Google we see Dharma is defined as cosmic order. A perfect definition I think for those that acquire the arcanum, yet easy to misinterpret for those that haven’t.

Often times I have found people misinterpret Dharma to mean the Buddha’s teachings or Vedic teachings in general. However that would be more accurately described as Buddha Dharma for the former and Aryan Dharma for the latter I suppose for lack of a better term, or perhaps just Vedic Dharma. These two things are inseparable however so I don’t think it really matters which is used in this instance. I am certain there will be quite a bit of confusion for those reading this so I plan to write an article soon on the many connotations of the term Aryan but for now I will simply give a brief overview of what Aryan Dharma is. The Aryans were the giants of the ancient world the Vedas were composed by and written about, our ancestors and parents of our current root race. I know to people new to trying to learn real history, the history Rome has tried to destroy in the west, this may sound a bit fantastical, but the giants were recorded by all ancient cultures and the evidence exists to prove this to be true beyond doubt for those that do even a cursory amount of research and I provide a fair amount of it on my video hosting channel. It can even be found in mainstream sources occasionally like this article from Newsweek about giant fossilized footprints. Technically every race alive today is Aryan since it is our current root race, a far cry from what the masses have been brainwashed to think this term means I know, all I will say for that is consider the source.

We call the Aryans of the ancient world Aryans now but of course they would not have called themselves that. So why have we given them this designation now? I imagine because it comes from the Bhagavad Gita, below is a passage where Sri Krishna is describing Aryanism to Arjuna during the kurukshetra war.

What does Aryan mean in this connotation? If you are new to the mysteries it will be difficult to fully understand at first and require a lot of time and effort to be able to but for now I will simply say this refers to the sign of Aries which is the first sign of the zodiac. Being the first sign of the zodiac this means the highest consciousness and cognitive function, frontal lobe consciousness. Man is the measure of the Universe made in the image of the creator, the meaning of this statement is also commonly misunderstood by the unitiated. It doesn’t mean the creator is some anthropomorphic character in some other dimension called Heaven by the Abrahamists. It is referring to the fact that we are made in 12’s just like everything else in the Universe, as above so below. The Universe itself and everything in it is God, it is one singular conscious organism with countless fractals of that consciousness within itself. 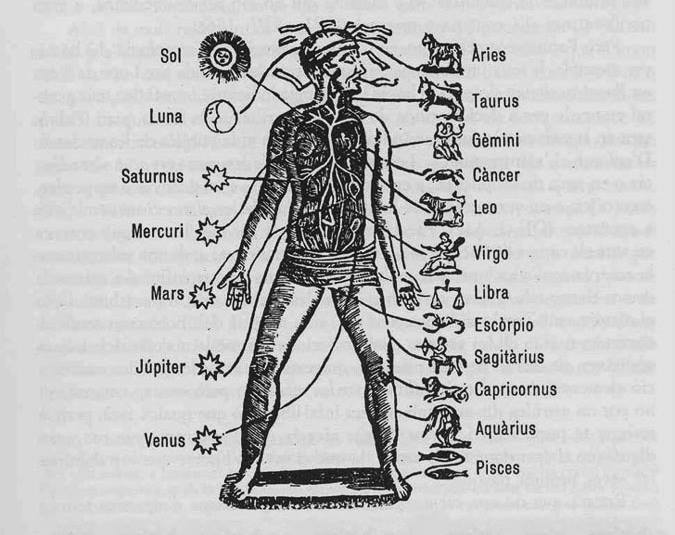 I don’t want to get into an extended lesson on astrotheology and sacred geometry but as we can see we are also made in 7 parts corresponding to the 7 visible “planets”, 7 colors of the primary color visible spectrum, 7 circles in the seed of life, 7 chakras, so on and so forth. The point being everything in the Universe follows the same pattern of creation which I cover in a number of articles here and nothing can break this law of the material matrix. With this in mind we know since every race starts out in its golden age or satya yuga, that the ancient Aryans had the highest level consciousness and intellect of the 7 races they spawned which is why they were designated as the Aryan race by later historians from the above passage in the Bhagavad Gita and from their knowledge of the mystery sciences, these were the Arya, the noble ones.

I am well into this article and have spent most of it just laying the groundwork to get to the topic at hand, sadly this is most often times the case in esoteric studies in the modern world and has been done by design by those that wish to keep Isis veiled. I was attempting to try and explain the basics of Aryan Dharma before laying out the proper meaning of the terminology, not an easy task. I would refer to the Tao Book Of The Way, Dhammapada and Bhagavad Gita for those that want an in depth explanation of slightly differing interpretations of Aryan Dharma, for this article we will simply attribute Vedic Dharma to the ancient Aryans as this is important to note for this article and I will explain why shortly.

Of course understanding Dharma, cosmic order, PHI requires dedication and study like any other math or science. How Dharma is manifested in this reality is a field of study that takes years to fully master. In order to understand how Dharma is fluid it requires mastery of this knowledge, this arcanum because things in this reality change very drastically fairly often as I explain in the articles I linked above. I think this image does a decent job at laying out a basic outline of when these changes occur. 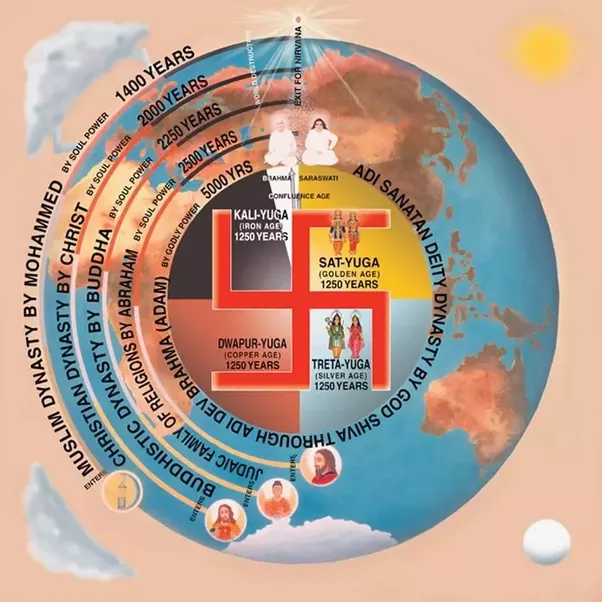 Now we are getting into the interesting nuances of the question we are seeking an answer to. Is Dharma fluid? Of course we know cosmic order is not fluid, for all practical purposes the material matrix is a giant clock where nothing ever deviates from its schedule, however what we refer to as reality does change very drastically as anyone that reads the Vedas or even the Bible and learns true history can easily see. Let’s put that aside for now however and focus simply on the master’s teachings of Dharma. Any student of Vedic Dharma should be well aware of the differing interpretations of Dharma within the two main branches of the Vedic sphere namely Buddhism and Hinduism. In the passage above from the Bhagavad Gita Krishna is teaching Arjuna about kshatriya Dharma. Kshatriya is the warrior caste in Hindu, so kshatriya Dharma is the code of honor and behavior the kshatriya is supposed to follow. We should already see a blaring contradiction here as Buddha Dharma teaches non violence. Zen, the religion of the Samurai is a sect of Buddhism however so we are already beginning to see some problems arise with trying to pin down a single correct interpretation of Dharma in this context and this isn’t even what I want to focus on yet. This is surface level stuff and obvious, different sects often incorrectly claim that their philosophical interpretation of Dharma is the correct one so let’s be more specific as to how Dharma can be fluid even within the teachings of a single sect. The interpretation of Dharma that has resonated with me most on an intellectual level has always been Buddha Dharma so let’s use one particular parable to illustrate this point, one of my favorites, the sutra on totality.

The Sutra on Totality

Monks, I will teach you the totality of life. Listen, attend carefully to it and I will speak.

What, monks, is totality?

This, monks, is called totality.

Now, if anyone were to say, “Aside from this explanation of totality, I will preach another totality,” that person would be speaking empty words, and being questioned would not be able to answer. Why is this? Because that person is talking about something outside of all possible knowledge.

What the Buddha is trying to teach us here is to be a good skeptic, to question, to analyze and to make sense of the world around us and not to rely on authority of any kind. Doesn’t this teaching alone prove the fluidity of Dharma? After all it violates the law of karma doesn’t it? This teaching assumes all people are of equal intellect and able to understand the highest teachings not only within our own yuga but in comparatively differing yugas as well. We all intuitively know this is false even without the arcanum and my article on free will shows this to be a provable fact, so what is the meta lesson here? The lesson to be learned is that scripture is not Dharma, it is an interpretation of Dharma, and there are many facets to understanding the cosmic order and many levels to it. There can be no single interpretation of Dharma otherwise the matrix would cease to function and crash. For the initiate scripture is only a guide, the initiate is more interested in studying Dharma itself not simply scripture, to interpret Dharma for themselves as a colleague rather than an acolyte. With this in mind we see that though the above sutra breaks the law of karma it is indeed true to Dharma, the teachings of the masters are often times multi faceted and to be interpreted from numerous levels of awareness and consciousness not accepted as rigid dogma. So I suppose the real question is not is Dharma fluid but rather how fluid are you in your interpretation of Dharma?